In the blink of an eye … everything can change forever 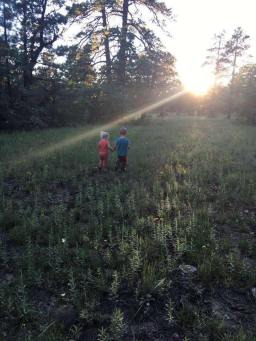 In light of what is happening in our country today, my mind has run rampant again, you know this nit-picky mind of mine, and I need to remember a gentler time in America.

I remember when people talked without yelling, when we walked and visited with neighbors in the evenings after dinner, when we made ice cream in a crank freezer and argued over who got to lick the dasher. I remember the 4th of July with hot dogs, lemonade, and watermelon, foot races and tag, and maybe a couple of sparklers! Simpler times!

I remember when television made us laugh with the crazy antics of I Love Lucy and the Carol Burnet Show, and yes, they were silly and they didn’t make a statement, but laughter is healing and healthy. I remember when the television went to a test pattern at midnight, and when people read books—not IPads, cell phones, Kindles, and other electronics reading devices.

I remember when the Ten Commandments were posted in the school rooms, when compassion and good sense triumphed over political correctness, and when honor and integrity were the norm.

It seems like it all disappeared in the blink of an eye … It seems that each day I see more fractures in the constitutional structure of America, and I wonder if it will ever be the same again.

Alexander Fraser Tytler, Lord Woodhouselee of Scotland, said in 1854 that “A democracy cannot exist as a permanent form of government. It can only exist until the voters discover that they can vote themselves largesse from the public treasury. From that moment on, the majority always votes for the candidates promising the most benefits from the public treasury with the result that a democracy always collapses over loose fiscal policy, always followed by a dictatorship. The average age of the world’s greatest civilizations has been 200 years. These nations have progressed through this sequence: From bondage to spiritual faith; from spiritual faith to great courage; from courage to liberty; from liberty to abundance; from abundance to selfishness; from selfishness to apathy; from apathy to dependence; from dependence back into bondage.”

Ronald Reagan quoted Tytler admonishing the people of America with these words in a speech he gave one hundred years later on March 5, 1964. And we failed to hear.

History always repeats its self and it’s easy to see that the United States has fallen into a state of entitlement that we deserve everything when in reality what we have is the result of sacrifice on the part of many people who paid dearly for the American way of life. We have pushed our core values away and are now pushing past apathy into dependence on what Big Brother can do for us.

My heart cries for my children, grandchildren, and great-grand children who may never know the freedoms I enjoyed during my lifetime, the joy of learning to take care of myself, the joy of earning my own way, and the joy of accomplishment. America has been the heartbeat of the world, the country where everyone wanted to live because they had the opportunity to build a better future. However, that has changed—entitlement and dependence on the government is leading directly into the bondage of socialism and communism where ambition and opportunity dies. Historically, most nations that have fallen were not caused by invasion but of moral decay from within.

Sadly, there’s no David on the horizon, sigh, and we can’t go back to the gentler times in America, sigh, we have to lock our doors and be vigilant when we walk through parking lots, our cars will still get dented at 5 mph, and the media will continue to exaggerate, rephrase, and repeat itself ad nauseam. And very few people will make homemade ice cream in a crank freezer anymore, sigh, it was so delicious on a hot day in the park! Simpler times indeed!

I can keep sighing but it doesn’t help, the only direction any of us can go is forward. The adrenaline surge of fight or flight must come to an end and the time to choose is almost here. I have chosen my path—have you?

Once again I had to remember Almighty God is in control and He holds the future of our country in His hands so I have prayerfully made a decision. I have found that 1 Peter is a book of hope for our world today — Peter says we are all pilgrims living in this world but our hope is in the resurrection of Jesus Christ, and I will add, not in the president! I’m grateful for this hope, it’s an anchor for my soul, it’s firm and secure. (Hebrews 6:19)

And on this I stand.

Here’s my challenge to each of you—commit yourself to pray earnestly and daily for your choice and for the soul of America, for Almighty God to work in and through whoever is elected president, and for God’s will to be done.

Almighty God is my anchor … and the anchor holds!

The question is … Will yours?

Betty Kerss Groezinger, a native Texan, was born in Dallas. She was a legal researcher for President Harry S. Truman in Independence, Missouri, taught business courses at Rockhurst College in Kansas City, Missouri, and on her return to Dallas, she worked for more than a decade with advertising agencies. She has been a resident of Irving, Texas, since 1965, and is now working on the sequel to The Davenport Dilemma.
View all posts by Betty Kerss Groezinger →
This entry was posted in America, Election, General, God and tagged 2016, Almighty God, America, Anchor, choices, Constitution, David, Freedom, hope, president, Ronald Reagan, Tytler, United States, White House. Bookmark the permalink.